Wattpad is billing itself as the world’s largest community of readers and writers by putting over 100 million stories at your fingertips. Once you go online and begin your own search on the site, you’ll understand why Wattpad is not to be ignored. It’s like an Internet potato chip for readers because you may find it impossible to stop after devouring just one story. I know because that’s what happened to me. Fortunately it’s fat-free!

I asked Catherine Linka, author of A Girl Called Fearless and its sequel, A Girl Undone, to give us the inside scoop on this popular online community. She dove into Wattpad waters way before many other authors, and her experience might encourage you to take a dip.

Catherine, you’re the first person I know to use Wattpad, so to many of us you’re a Wattpad pioneer. Please tell everyone exactly what it is and assure members it has nothing to do with getting shocked.

Wattpad.com is a social media site where writers post stories and poetry. An estimated 40 million readers and writers from countries around the world are connecting via Wattpad.com. It’s especially popular among teens and young adults who often read it on their cellphones, then post comments and vote on what they read. And yes, there are no exposed wires to shock you.

What can we read on Wattpad?

You’ll find short stories, poetry, novellas or even full length novels. The types of stories vary, but the most popular are sci-fi, fantasy, thrillers, and romance–which isn’t surprising given the teen and adult audience. So I’m not sure this is the right place for literary fiction or historical fiction.

Wattpad.com is a perfect place for pre-published authors to share their work, because you get feedback from readers and you might attract the attention of an agent. Teenage writers can try their wings on Wattpad.com by writing fan fiction or original stories, then friends and followers comment and share the stories.

Many new writers try a “serial” strategy of posting a short chapter every few days and ending the chapter with a cliffhanger. When the next chapter is posted, readers are alerted.

What is the benefit for you as an author for publishing in this format?

St. Martin’s encouraged me to use Wattpad.com as a way to introduce readers to my series, A Girl Called Fearless, instead of publishing Sparrow’s Story, A Girl Defiant as an e-novella and attempting to sell it.

Does it cost anything to post a story on Wattpad?

It is free to post, but you must create a book cover. I asked St. Martin’s to do that for me, but other Wattpad users have created their own or have found Wattpad members who design covers.

What is the advantage of using Wattpad over any other online vehicle?

First, Wattpad.com can “feature” stories which quickly attracts readers. They do this for selected stories that are posted in their entirety. So you can either serialize your story or put all the chapters up at once, but you won’t be featured unless the full story is up on the site. St. Martin’s actually worked with Wattpad.com management to get it featured.

Another major advantage is the analytics. You can go online daily and see how many total reads you got, how many people read which chapters, their demographics, and which chapters sparked comments. About 30% of my readers are from the US so far.

You can also see where readers stopped reading. It makes sense that the biggest falloff in readers of a multi-part story would be between the first part and the second as people decide if a story is for them, but you can see if a particular chapter is causing readers to drop out–and you can rewrite that chapter or the ending for that chapter.

Are publishing companies okay with authors sharing stories this way?

Obviously St. Martin’s encouraged me to use Wattpad.com, and I sense that we’re going to see this more and more, because it gives the author another “event” to promote on social media that supports a book or series.

Jessica Khoury, the author of Origin, has put stories up on Wattpad that connect back to her series. Gwenda Bond whose new book, Lois Lane Fallout, appears in May, plans to put related stories about Lois Lane up on the site.

Is your story legally protected?

I’m not sure, but sadly, even books that are “legally protected” are stolen these days.

What have you learned from your Wattpad experience that you can pass along to future users?

Keep in mind how readers are reading the story–on their phones, probably in brief snatches of time. Short chapters with cliffhanger endings are probably better than lengthy, thoughtful pieces. And remember, you can revise as much as you want if you feel something isn’t working.

Would you do it again?

Yes! We all have to try new ways of reaching readers and I am really enjoying this experiment. I love that it is interactive. I can respond to comments and I can even post questions to readers at the end of a chapter if I want. Plus, nothing is stopping me from taking the story down from Wattpad.com and selling it as an e-novella in the future. As a writer, this is a great way to learn.

Curiosity piqued? You can read Sparrow’s Story, A Girl Defiant by Catherine Linka at http://www.wattpad.com/story/28382310-sparrow%27s-story-a-girl-defiant while also getting a taste of what’s on offer at Wattpad.com and seeing if it’s the right place for your writing.

Ronna Mandel is a pre-published children’s book author, regular contributor to L.A. Parent magazine, and founder of GoodReadsWithRonna.com, a kidlit book review blog. If you’d like to be a guest reviewer, e-mail Ronna at Ronna.L.Mandel@gmail.com for details. 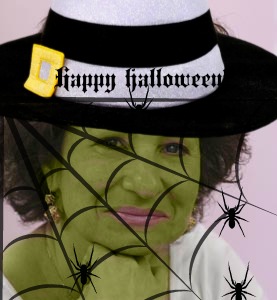 3 thoughts on “News from the Internet: Whatpad? Nope! Wattpad by Ronna Mandel”