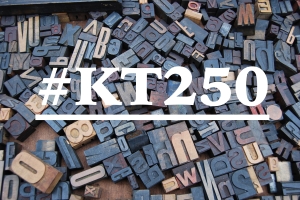 Author Bio: Author-illustrator Margaret McGlynn grew up in northern New Jersey and remembers spending summers as a witchy mermaid in Bermuda. She worked for over ten years as a graphic designer for Disney Channel. She has an MFA from the Vermont College of Fine Arts Writing for Children and Young Adults program, with a certificate in picture book writing.

All Willa could do was try to float free of herself.

She sat with the other condemned ones, all men, in the cart outside the jail. Around her was the reek of fear and urine. She shivered. None of the men liked her, but no one was talking to anyone, so it didn’t matter.

Likely, they thought she really was a witch. That’s what God-fearing people whispered about cunning woman like her, until their cow needed a poultice, or their baby had a fever, or their young man eyed another girl, and then they came, full of gentle hope. People called Willa groaty, the Marblehead word for a woman who spoke plain, who would not just listen to what men had to say.

The cart lurched, started rolling. Her shoulders bumped against the hips of the men around her, but she didn’t look up and meet their eyes. When the cart stopped, there would be the tree, and the rope.

Near a week ago Willa had been free, tending her herb garden with little Zeke playing nearby, walking down to the harbor to manage the drying of the cod, no one speaking to her. Months since anyone had come calling for a healing, not since that foolishness began over in Salem last January.

And then the men came to take her to court. 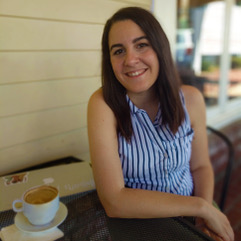 Author Bio: Nasrin Aboulhosn writes middle grade in LA. She is a lifelong YA and MG reader, and her favorites include magic, school, and wizards with lightning bolt scars. Her writing has been featured in LA Observed and KPCC’s Multi-American. She grew up in Alhambra, CA, and currently lives in The Valley with her husband and Australian cattle dog.

The dice rattled across the wooden backgammon board and came to a stop. Five and two.

Lily frowned. She looked up at Ramzi, one of the bazaar’s shopkeepers.

“You can go here,” he said, moving a paint-stained finger along seven mosaic triangles in front of him. “But then your hajarawill be open.”

There were 12 triangles on either side of the board, and she needed to bring her checkers across Ramzi’s side and down to hers. But if she left one on its own, he had a chance of landing on it and sending it back to the beginning.

After a minute, Lily’s best friend Amani sighed dramatically, sinking back into an old folding chair they had set up in the bazaar’s back alley. “Yalla, hurry up!”

“Don’t rush me!” Lily said, pushing her wavy brown bangs out of her eyes.

Laughing, Ramzi checked his watch. “I’d better get back anyway. And you two should head to Abbas’s.”

Lily folded the backgammon board closed. “OK, but I would have won.”

Lily and Amani waved goodbye and skipped out onto the main Souk road. The bazaar was bustling that day. Visitors from Medina, the closest city on the Sihr island, zig-zagged across the main cobblestone road, laughing and shouting at one another over the deep tabladrum of the bazaar band.

Author Bio: Siri Weber Feeney is a children’s writer/illustrator and longtime SCBWI member. With a freelance career in magazine/educational/nonfiction illustration and graphic design mostly behind her, Siri is grateful to have more time for her own projects.

“Mom, this won’t buy much, not even secondhan—”

“But what? You’re almost thirteen. You can figure this out.

“And Ray,” she says, dumping his sticky little-kid hand on top of mine, “you behave for your sister.”

“Come get me when you’re done,” Mom says. I blink and she’s halfway down the block, putting as much sidewalk between her and the Flea as fast as possible, even though there’s no one around.

I give his hand a squeeze and he yells nicer, “Please Mom, my book!”

Mom ducks through the library doors and Ray says, “She heared, right?”

I have to smile. Ray’s checked out Pippi Longstockingso many times, it’s practically his. The librarian had to buy another copy so someone else could have a chance to read it.

I curl my arm around his shoulder and aim him toward the door. “Come on, kindergarten guy, let’s see if we can find anything decent.”

“No gum.” I say, tugging him into the dusty air of the Flea.

For more fantastic content, community, events, and other professional development opportunities, become an SCBWI member today! Not sure if there is a chapter in your area? Check here.