A week into 2020, are you still working on your goals for the year? If your goals include things like sharing your work/personal successes, being more active in the SCBWI community, increasing your online presence, or helping fellow writers/illustrators by sharing your expertise – then you should consider submitting to Kite Tales!

Here are some of the key ways you can be featured on Kite Tales. END_OF_DOCUMENT_TOKEN_TO_BE_REPLACED

Fall brings fond memories for me. Even though I grew up in sunny Southern California, there were a few special trees in the neighborhood that would change color and drop their leaves. I’d dreamt about how endless forests of these trees would look and had read fairytales about how spirits would change the colors of the leaves. I’d wonder how they’d lived with all the other creatures in the wood, and if they would all gather into little caves, sleeping together through the long, cold winters. For a kid that never experienced the seasons, this magic seemed so real, even if just beyond my reach. But I was able to capture some of that magic when it came time for Halloween. END_OF_DOCUMENT_TOKEN_TO_BE_REPLACED

In SCBWI-L.A.’s latest Twitter Banner Contest (a bi-annual event), illustrators were asked to submit their most creative response to our prompt: EXPLORE. The winning contestant’s artwork is featured on the Los Angeles Region SCBWI Twitter Profile until the next contest with a feature article published here on Kite Tales. Illustrator Gela Kalaitzidis won! Read on to learn more about Gela, her tips and tools, and her own illustration prompt for anyone looking for some inspiration.

END_OF_DOCUMENT_TOKEN_TO_BE_REPLACED

You work toward a goal for ages, but when you finally achieve it, it feels like nothing more than a checkbox to be crossed off on your way to the next thing. Your sweet victory suddenly tastes so bland. Sound familiar? You’re not alone. Today I’m going to share three tips to help you stop moving your creative goalposts and celebrate wins! END_OF_DOCUMENT_TOKEN_TO_BE_REPLACED 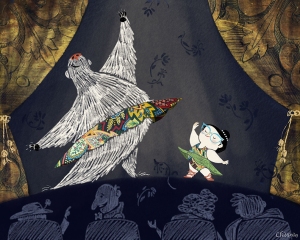 Author/Illustrator Cassandra Federman was born and raised in Massachusetts where she spent her childhood reading comic books, playing action figures, drawing super heroes, and participating in all things nerdy. She graduated magna cum laude from Brandeis University and moved to Los Angeles, where she became a hand model. When she isn’t pretending to be famous people’s hands, she’s creating art and literature for children. She is the SCBWI Los Angeles 2017 Mentorship Contest Winner, Writing With The Stars 2017 Mentorship Contest Winner, SCBWI Central California ArtWorks 2016 Promotional Card Contest Runner-up, and her first book, This is a Sea Cow (Albert Whitman), is coming fall, 2019.

SARAH PARKER-LEE: A lot seems to have gone your way in 2017, leading up to your successes this year with a book deal. Congrats! Before you won all the awards, what were you doing that got you there? END_OF_DOCUMENT_TOKEN_TO_BE_REPLACED 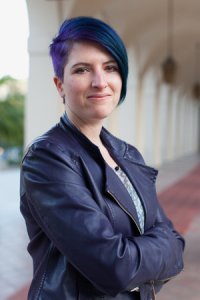 In SCBWI-L.A.’s first Twitter Banner Contest (a bi-annual event), illustrators were asked to submit their most creative response to our prompt: GROW. The winning contestant’s artwork is featured on the Los Angeles Region SCBWI Twitter Profile until the next contest with a feature article published here on Kite Tales. Illustrator Gail Buschman won! Read on to learn more about Gail, her tips and tools, her own illustration prompt for anyone looking for some inspiration, and to see her winning image!

END_OF_DOCUMENT_TOKEN_TO_BE_REPLACED 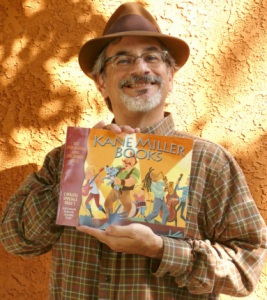 Some of professional illustrator Kent Culotta’s most recent projects include illustrations for D is for Dump Truck, published by Sleeping Bear Press, and The Twelve Days of Christmas in Kentucky, published by Sterling Children’s Books. He’s also collaborated with author Eric Ode and publisher Kane Miller on three books, Dan, The Taxi Man, Busy Trucks on the Go, and the recently released Too Many Tomatoes. Kent lives in Southern California, but grew up in a small town in Michigan. When he was five, he covered an entire wall of his parents’ living room with his own gallery, each drawing taped lovingly in place. No blank piece of paper, used envelope, or post-it note have ever been safe from his pencil. And today Kent, a fellow SCBWI member, shares with us his experience along with some tips and tools for leveling-up your own skills.

SARAH PARKER-LEE: You’ve worked as an artist in newspapers and on film, including several years in the animation industry working on some pretty memorable Walt Disney movies. How, and why, did you make the transition to children’s book illustrator? Did SCBWI play a role?

KENT CULOTTA: Being a children’s book illustrator was always in the back of my mind when I was working at the big animation studios, and I took a couple of book illustration classes back then at Otis Parsons. I think that I first learned about SCBWI from one of those classes. At the time I was a bit discouraged because publishers then were less open to illustrators whose work showed an animation influence. That has changed a lot. The big transition I went through was when animation rather quickly went from hand-drawn to CG. I worked hard to update my skills and did pretty well, but I soon realized what I really missed was drawing by hand. I joined a group called Drawergeeks that my co-workers participated in. Each week a new subject was set and we all would do an illustration piece on that subject. It helped motivate me and also helped me get out of my own head a little and tackle subjects that I wouldn’t normally think of, a good skill when you’re illustrating other people’s stories. I ended up getting a pretty nice first illustration portfolio from those Drawergeeks illustrations. It was at that point I started regularly attending SCBWI schmoozes/mingles and conferences, which were great motivators as well.

SPL: As an illustrator, you’re tasked with interpreting someone else’s story while still being true to your artistic identity. Do you have any advice on how to maintain that balance for those just starting out or perhaps feeling a little lost? END_OF_DOCUMENT_TOKEN_TO_BE_REPLACED

by Stan Yan, Author and Illustrator

This is the first part in a two-part series where I will discuss my “missteps” in crowdfunding my picture book, There’s a Zombie in the Basement, because sometimes you have to risk going against conventional wisdom to bring your book into the world.

In 2013, my primary job was drawing zombie caricatures at conventions. One day, my 3-year-old son wouldn’t come down to my basement studio, fearfully pointing at my zombie artwork on the walls. This inspired my foray into kidlit, which taught me some lessons.