Today, we feature Michael Morpurgo, author of the middle-grade chapter book, Toto: The Dog-gone Amazing Story of the Wizard of Oz. This retelling of the classic is from Toto’s point of view. Each chapter begins as he tells his tale to his puppies—only one of which usually stays awake until the end.

A former Children’s Laureate, Morpurgo has published over 150 books. His novel, War Horse, was successfully adapted into a Tony Award-winning Broadway play and a Golden Globe-nominated film by Steven Spielberg. Morpurgo’s books include retellings such as Pinocchio by Pinocchio (told from Pinocchio’s viewpoint), also a collaboration with illustrator, Emma Chichester Clark.

CHRISTINE VAN ZANDT: Welcome to Kite Tales! What influenced your decision to rewrite The Wizard of Oz?

MICHAEL MORPURGO: We all know the original story from the film and perhaps less from the L Frank Baum book. It is a wonderful and magical tale—funny, frightening—and strange and a wonderful film, but I always felt that there was one character who had little part to play in the story. Dorothy we know and love, but her little dog, Toto, does little more than accompany her on her adventures, providing her with comfort and company, but we never know what he thinks of all that is going on. He just gets carried around a lot. So, I thought why not tell the story again, but through Toto’s eyes. But it was really my friend, the illustrator of Toto, Emma Chichester Clark, who originally had the idea of a retelling the story with her own beloved dog, Plum, as the inspiration for Toto.

CVZ: Please tell us about your writing process.

MM: Once I’ve got an idea that I am really passionate about, I then research around it and try to dream it out in my mind, weaving it around in my head until I am familiar with the characters and their backstories and the background. This process, my “dream-time” if you like, is probably my favourite part, when I feel really excited about the story that is forming in my head. This can take anything from three to six months but sometimes longer. I then start writing it down in little orange exercise books. I don’t plan out the plot, rather let it emerge as I write. This process can take anything from a few months to year. When I write, I write by hand and try as far as possible to forget I’m writing at all. In other words, I tell my story down, through my fingers, speaking it onto the page, as if I’m telling it to one person only, my best friend. This is my way of writing but it’s by no means the only way. For many writers, imagination is enough.

CVZ: What is writing from an animal’s viewpoint like?

MM: There is a real connection between humans and animals and I suppose this is what I try to draw on when I write from the viewpoint of an animal. With my book, War Horse, for example, I witnessed the relationship that my wife and daughter had with their horses but also through the children who have come to the farm of the charity Farms for City Children, which my wife and I founded over 40 years ago. The children come with their school to live and work on the farm for a week. They look after the animals and work as farmers and this experience can be profound and life-changing. Animals are sentient, intelligent, perceptive, funny, and entertaining. We owe them a duty of care as we do for children. I think they often bring out the best in us because they listen without passing judgement and accept us for who we are without prejudice. For some people, this can be the most important relationship—a loving and uncomplicated one. With Toto, it was his point of view as the dog that I wanted to convey, so that we see the story in a different light, whether that is his love of sausages or his love for Dorothy. 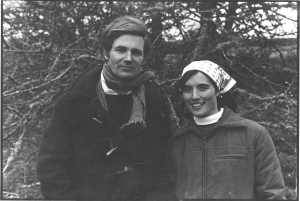 CVZ: In your successful career as a children’s book writer and as the United Kingdom’s Children’s Laureate (2003-2005), which accomplishments mean the most to you?

MM: There are many things in my career that mean a lot to me, being in the cast of War Horse on stage at the National Theatre and then at the Shaw Theatre at Niagra in Canada, where my father Tony Bridge used to act, are highlights. But probably the achievement that I’m proudest of would have to be the charity, Farms for City Children, that my wife, Clare, and I founded in 1976. It offers children and their teachers from inner-city primary schools all over the country the opportunity to live and work as farmers for a week, milking, feeding pigs, and calves and mucking out the sheds. The charity has three farms—in Devon, Gloucestershire, and Wales. Over 100,000 children have visited the farms since the charity was set up, and at the end of their week on the farm, many of the children appear to have discovered something about themselves, whether it’s a bit more enjoyment in life or a sense of achievement. The effects seem to remain with them long after they have gone home.

CVZ: What are you currently working on?

MM: I’m just in the process of finishing a new novel that will be published next year by HarperCollins. It’s set in the South of France in an area called the Camargue during the Second World War. I’m not really allowed to tell you much about it, but there will be flamingos! 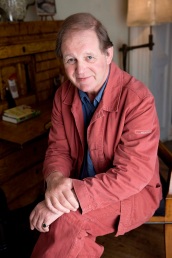 Michael Morpurgo is one of the UK’s best-loved authors and storytellers. He travels all over the UK and abroad talking to people of all ages at literary festivals, telling his stories, and encouraging them to tell theirs. With his wife, Clare, he set up the charity Farms for City Children, which offers children and teachers from inner-city primary schools the chance to live and work in the countryside for a week. The couple were awarded MBE’s for their work in education.

1 thought on “Author Michael Morpurgo on His New Book, TOTO, and Writing From an Animal’s Perspective”